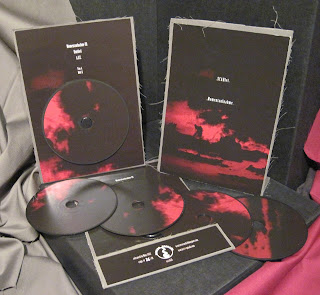 “Further than your eyes will ever reach”


Born from the combination of a two words, “scar” and “scarlet”, evoking “a fresh wound, not healed”, SCARlet.’s soundscapes are, since the first seconds one listens to them, characterized by containing within themselves the germ of two seemingly contradictory and dualistic aspects: crackling and chipped, but also blowing and pervasive, emotions are communicated to the listener, involving him in a cold and dry slow mantra. The sound grows within the passage of time, embracing your mind in a post-apocalyptic landscape where the music strips like a viscid and pulsing light, blanking everything. New sounds and particular sound effects suddenly appear to your attention, creating a sensation of static, constantly evolving but at the same time always identical to itself in its basic.

Conceiving each track exclusively as a flowing sound, Andreas’ main work consist in play with sound-engineering. Devoid of a particular planning process, during the recording session Andreas realize sounds which express particular moods and moments, and just then the manipulation begins: in the basic sound flow, remodeled and rebuilt, more details are slowly inserted, in order to permit the future listener to assimilate them through an unconscious exercise of attention. No rhythms, no melodies and no climaxes, just a static but even cathartic music, the perfect soundtrack for a journey through nowhere.

First “snapshot in time”, the title track “Momentaufnahme” was born as a remastered version of an old song, a clear example (but also an evident manifesto) of Andreas’s sound performing method.
Next two songs of the album were done after Andreas worked with Toxic Industries and he got inspired by HNW: “I like this extreme form of music, it lacks of nearly everything that defines music, but it still can carry a feeling inside. That's the most important thing - music should be a medium for emotions”.

The second track present no title: it permits the listener to realize and connect the music to whatever he wants to. Once again the dualism of the whole project is evident: on the one hand, music as a medium of the composer emotion, into which the listener is slowly wrapped, on the other the thoughts which stick to each single listener.

The last track, “A.S.E.” ("Asche, Scherben, Erinnerungen", german words for “ash, splinters and memories”) is evidently conceived as a representation of the past, of something left behind only now visible and analyzable. This track presents a completion, an interpretation of all that has been realized up to this moment, concluding .SCARlet.’s exploration of that kind of music expression and projecting him to new shores.

No pictures, no links, no live shows so far. Once again, the proof of an intimate sound research. 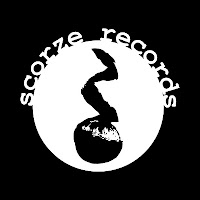